I Have Been Disenfranchised

I am trying very hard to take my mind off the politicking going on in Nigeria, but this is difficult. I can’t even seem to blog any other thing but politics. Anyway, I guess that’s the direction of the tides, lemme just flow along… And that brings me back to politics matter again, this time, as it concerns me; how disenfranchised I am for this 14 and 28 February 2015 elections. 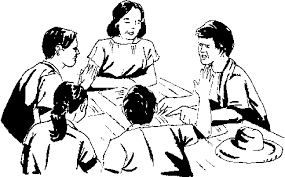 During the 2011 elections, I was in my 400L as a student in the University. My level of political awareness was improving, and I was not comfortable with the leadership at the time, both in my state and in the country (the emphasis is in my state – Imo state; Ikedi Ohakim was the then Governor), I guess, these informed my activeness in the politics at the time. For once in my life, I vehemently debated politics and its trends, in the classroom, with my course mates and those who cared. I recall how I woke up in the morning and rushed to put on my phones radio app to listen to Hot FM’s Morning News and Peoples Assembly, just to get abreast of the latest happenings and to hear the views of people on matters arising in the world of politics.

Some persons could have misunderstood my actions then as that of a political party supporter. There was PDP, APGA, CPC, AD and others. I never cared about them. My interest was in the people they were projecting for the elections and their credibility. The truth is, you never know how credible they are until they have served and you have observed. Every other thing they tell you, I consider as mere propaganda which is not always very reliable. This informed my decision of not supporting some of the candidates and favouring some.

In those days, I did not just talk about the elections, I was part of it. I struggled with other Nigerians to get myself registered at the Aladinma Primary School in Owerri. Under the tension in the land (especially my state), I trooped out with others to cast my votes. I recall the struggles; how at some points, tugs wanted to cause mayhem in my unit, and how those who came out for the elections (myself inclusive) stood still against them. How men of the security came and did their abragadabra. How a Corps Member who was assigned to my unit was molested because he was doing his job and protecting the interest of his fatherland. How we stood and waited, until the last vote was counted and recorded in my unit. I felt true democracy in action and the results still speak for itself till this day; the incumbent governor was defeated, and there was rejoicing in Imo State, the type we saw when Nigeria’s Dream team won goal at the Atlanta Olympics in 1996. I recount from my memory… 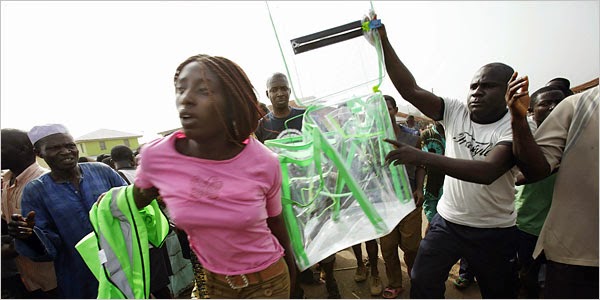 How I wish I will be completely involved in this 2015 election. I don’t still have my Permanent Voters Card (PVC). Come to think of it, even if I had it, it would likely be another I.D card in my wallet, because it would not be put to use in this election; I am nowhere near Owerri where I registered, and won’t be there during the election period. INEC has said those in my category will not be able to vote. The PVC only allows you to vote at your ward and unit. Preposterous, I think. This is not a new development though. Lemme not sound as if the position of INEC on this is different from what it was in 2011. I believe that a lot have changed, with the PVC to show for, but the introduction of the PVC technology is only a waste if the opportunities it portends are not well and fully utilized; a central data base being the pivot.

A central database by INEC will give more Nigerians the chance to be involved in the polls, irrespective of where they are within the Country. Knowing fully well that the election is not restricted to the unit where one registers, Nigerians (like me) will be encouraged to go fetch their PVC where ever it is, so that they will not be disenfranchised. The issues of having multiple registrations and voting by a person will be easily tackled. Final election result will not be delayed and their votes would count. 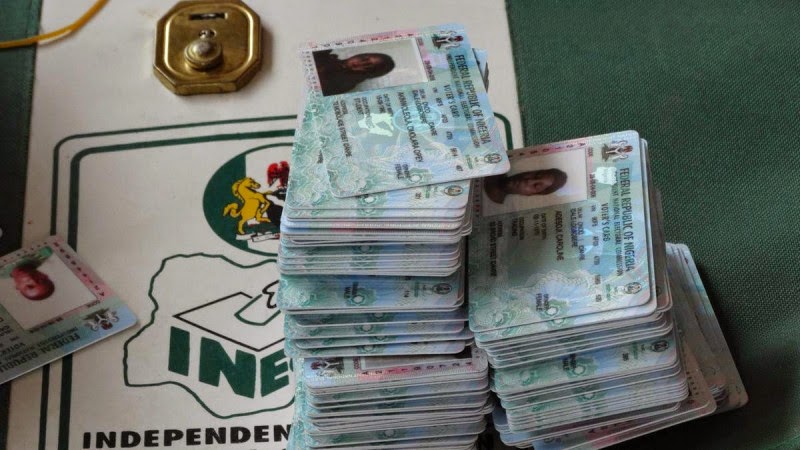 I regret that I will miss-out this time around from the look of things. Situations might change though, within now and February 14 (lemme still sound hopeful). As for you my reader, especially those of you who still have a good chance of collecting your PVC, please make a move now. Go to the INEC designated PVC collecting centers, and ensure that you collect your PVC card and prepare for the elections proper.

As for me, I will still try to see if I can still make it. If not, I will keep encouraging you to do what you must, to be part of the February 14 elections. I will keep enjoying the politicking going on, especially on the internet, where there is never a dull moment. Very importantly, I will continue to pray for Nigeria and for a successful transition from one republic to another. If it is well with our country, then I believe we will all have better living conditions and be happier.

Thanks for reading.
Posted by Unknown at 4:45 pm