I came across this Cherry pie story told by Stacy Kaiser a psychotherapist and author of the book "how to be a grown up", and I thought I could share it with you because of the lesson in it. It is a common occurrence in many intimate relationships that one gets carried away by the excuses we make for our partners actions. Should this be the case, or is there a better approach to handling our partners actions, especially those ones that don’t go well with us.


"I once counseled a couple named Jill and John. They had only been dating for a short time, but they were very much enamored with each other. When Jill’s birthday came up, John went to the store with the intention of surprising her with a fabulous dessert.

"As he stood in front of the bakery counter, he realized he had absolutely no idea what sweets Jill liked. It happened to be summertime, near the Fourth of July, so there was a huge display of cherry pies laid out. He thought, I don’t want to be predictable and be like everybody else. I’m not going to get her the standard birthday cake; I’m going to get her something special. I am going to buy her a cherry pie!

"Little did he know that not only did Jill not like pie, she hated cherries. John was so excited because he thought out of the box and did something creative and was already envisioning this as the start of a tradition. Every year, he thought, for her birthday he would buy her a cherry pie for them to share. He showed up at her house with a bunch of gifts and the pie hidden in a bag. She was delighted with the presents as each one was something she loved. Lastly, she opened up the bag with the pie, and her face fell. “What is this?” she asked.
“A cherry pie!” John said proudly.
“I hate cherries, and I hate pie! Who would ever choose a pie for a birthday dessert? You’re crazy!” Without asking any questions or being open to his explanation, Jill told John to go home, and without hesitation he did. 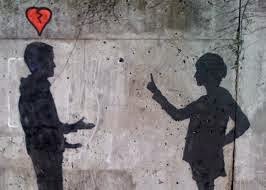 Jill did not take the time to stop and listen to the rationale behind this gift. She reacted based on her (high) expectations and lashed out. If she had heard the story, she might have realized how sweet and well meaning John was. She only found that out two weeks later when they came to see me. They are married now. This incident with the cherry pie comes up every year. Even now, there’s still clearly a lot of investment and emotion in it.

"I share this story because although John is the only man I have ever met who has bought a cherry birthday pie, the underlying themes and issues are quite common in couples I meet. Many people in intimate relationships only consider their own interpretation of a partner’s action, instead of trying to figure out what the other person is truly trying to say or do."

This has really been a challenge for many relationships, young or old. You may have experienced it too or you are probably experiencing it now. Learning from this little but mighty mistake can help correct some anomalies that we face and avoid unnecessary endings in one’s happy relationship.
Do not always stick to your interpretation of your partner’s action. Find out his or her true intentions, then you can react.
Posted by Unknown at 11:56 pm