I blog as a Lagosians today as we go to the polls to vote the next Governor of Lagos State. Lol...
I have tried hard not to blog about the trending topic of the Oba of Lagos’s comments against the Igbo’s living in Lagos state. Unfortunately, I can’t help it at this point but to add my voice. So, what’s my opinion on the matter?


Like many others, I also condemn the statements of the Oba concerning the Igbo’s, being thrown into the Lagoon if they do not vote for his candidate. I have always known traditional rulers as people who should be unbiased and not meddle themselves in active politics, not to talk of campaigning openly for aspirant of political position. Then, I wonder, what happened to the Oba of Lagos?

Over the days leading to the election, those who the Oba’s words seem to favour have been seen making frantic efforts to dowse the tension it would create, especially the negative effects it would have on their interests in the elections. How well they have done, I don’t know. Some said the Oba has been quoted out of context and that the oppositions are capitalizing on it for their gains.

I have been asking myself, what the true repercussions of the Oba’s words are. The results of the gubernatorial election in Lagos will answer that question for me. No doubt, with the way things have become in Nigeria’s political situation, the result of the election can go either ways (APC or PDP, you know what happened in the presidential elections). There are two scenarios: in a case where the APC wins, it will probably be said that the Igbo’s heeded to the Oba’s advice, but if it goes the way of the PDP, then the Oba’s words will likely resurface again in a dimension that is only left for the imagination at this time; the Igbos being the casue… abi?


What I do not like is that the Igbo’s have been put at the centre of the whole thing, like they are now the scape-goats in all this. If only I have the INEC Chairman’s mobile number, I would call him to ask him if the Card Reader also reads a voters tribe and ascertains how many people from which tribe voted who. It’s quite unfortunate how we make a person’s tribe so much an issue that we miss the beautiful things that person can avail us in sincerity. Every tribe has played an important role to bring Lagos to its status today. Lagos can only get better as the Centre of Excellence because the true Excellence in Lagos is in its ability to have so many people of different tribe cohabiting in its geographic area. Who cares if the man sitting by my side inside the Danfo is from ***** provided the Danfo takes me to my destination. What about the woman I buy tomatoes from at Ketu market or the Newspaper vendor on my street, or even the cashier at Shoprite? We need to focus on living and loving and not segregating and hating.

Go out today and vote the candidate of your choice and pray that whoever wins, your candidate or not, God will use the person in special ways for the betterment of the people of the state. 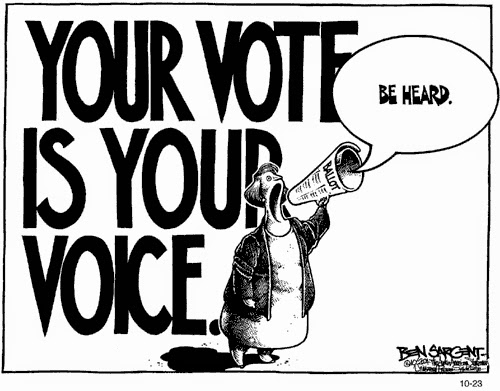