The day – Good Friday, might not be directly and generally accepted by people of the different Christian denomination, but it still does not change the fact that Jesus Christ came from heaven to earth and died for our salvation. His suffering and death on the cross was the summit of His life here on earth, but more important was the fact that He Rose and defeated the grave (on Easter).
In the wisdom of the Church (I mean the Catholic Church), the 40 days that marked the period of Lent was set aside. Significant as the period is, we are encouraged to see it as a time for moderation in the excesses of our pleasurable living and this is summarised in 3 basic expectations from us which includes; Prayer, Fasting and Almsgiving. 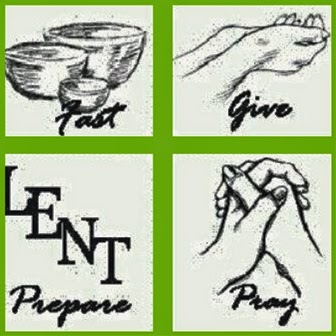 At the end of the Lent, comes the Easter Tridium i.e. Holy Thursday, Good Friday and Holy Saturday.

Holy Thursday
Christ instituted the Holy Eucharist or Holy Communion as some of us know it (Luke 22:14-21). This happened the event of Jesus’ last supper. That same day, He showed his disciples that being a servant-leader is what we should aim at becoming (John 13:1-15) and He taught them (us) by example.

Good Friday
Christ was ganged upon (Luke 22:1-6), arrested, falsely accused, wrongly prosecuted, and unjustly sentenced to death on the cross. (Luke 23:1-53)  He is God, and yet received so much humiliation from his own creature. And on the cross, He said, “It is finished…” (John 19:30)

Holy Saturday
Christ was still in the grave, and there was so much fear amongst his followers. “We hoped in him, and after setting himself against the authorities, He is no more. Now in the grave, the authority might as well turn on us.” The followers of Jesus thought randomly and all went into hiding.

He was in the grave for 3 days, but on Easter Sunday, He arose…Now there is life for everyone Christians and Non-Christians alike, Jews and Gentiles.

I have not participated in this year’s Lent well enough. I have shied away from my Lenten observances. I have tied myself down with the pursuit of the things of this world, neglecting the call to seek 1st God’s kingdom (Mat. 6:33). I am happy I have realised my short comings and I will try my best to end the Lenten period well enough and step into Easter a transformed person, following the examples of Christ. Thank God it is not too late… so help me God.

It is not how far, but how well.

The following pictures below, are pictures I took in Uyo, Akwa Ibom State in 2014 from the act of the passion play of Christ on his way to be crucified on the Cross by the youths of Christ the King Catholic Church,Wellington Bassey street.