Premarital sex… I began to think about this topic again only recently, I am sure you are wondering why.
Some days back, I was listening to a programme on TV where the topic of discuss was "Premarital Sex". Of course, it was a hot topic. Why won’t it be? Somehow I have come to realise that topics on Sex are always hot topics when ever they are being discussed or taught. Maybe it is because somehow, the mind thinks sex is exciting and so tends to explore any opportunity to know more about it even unconsciously many times.

Some selected persons on the street were interviewed on the topic, with the presenter asking to know their opinion; if premarital sex was good and its possible benefits if any. About 8 out of the 10 persons interviewed said it was not good, sighting moral and religious reasons. 1 was indifferent while the other one said it is good saying that people who have experienced on s*x before marriage will (most likely) know how to satisfy their partner better.
It’s not like any of the things they said was new or news, but something hit my head: if about 80% of the people interviewed did not buy the idea of premarital sex, if so many (as many as they are) of the unmarried population are no longer virgins – from the intercourse perspective (since I heard virginity can be looked at in some other ways too… I don’t know o), if many children these days are born out of wedlock and so on…, where then are the 80%?

I guess, amongst the 80% we have more of the preachers of the word than doers; the kind that comes out to say we all should fast, but goes into his room to level a mountainous looking eba with correct egusi soup… or is it the kind that says corruption is bad the pages of the newspaper, but is siphoning money meant for the public.

Beyond our background and religious beliefs, we all have our consciences to guide us, but the fact that our world in recent times plays a lot of role in forming our stands on issues like this cannot be overlooked - the messages we get from TV, movies, print media and even the social media. I don't need to tell you the amount of nudity expressed on these platforms and the fact that they tend to pass the message that there is no big deal having sex not minding if it is the confines of marriage "after all everyone is having it". 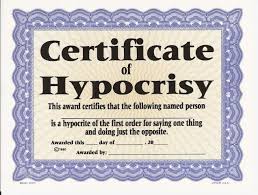 This is what Wikipedia has to say about Premarital Sex:
Premarital Sex is sexual activity practiced by people who are unmarried. Historically, premarital sex was considered a moral issue which was taboo in many cultures and considered a sin by a number of religions, but since about the 1960s, it has become more widely accepted, especially in Western countries.
Even as I still wonder where the 80% are, I'll like to know what you have to say?
Posted by Unknown at 7:00 am