I Celebrate my 2014A NYSC Friends

How time flies? It all seems like yesterday, and one good service year is gone already. Within the month of March 2014 and April 1st, the NYSC batch A corps members where in the various orientation camps around the country as is the usual practice at the start of Service year, for their orientation exercise. The Akwa Ibom State NYSC camp also came alive.

In my capacity as the Public Relations Officer (PRO) of the National Association of Catholic Corps Members (NACC) - Akwa Ibom State, at the time, I was part of the orientation programme as it concerned the Catholic Corps members. I lead the NACC camping crew that was in camp for the duration of the camping of the 2014A corps members. We organised daily spiritual activities for the new corps members – daily fellowship, Stations of the Cross (it was Lenten period then), Confessions, Sunday mass etc.

The enthusiasm and useful energy showed by the set, at the way they responded to church activities was overwhelming; my position on this is probably because it was our (the camping crew) first camping experience as coordinators, still, I hail their general conduct. 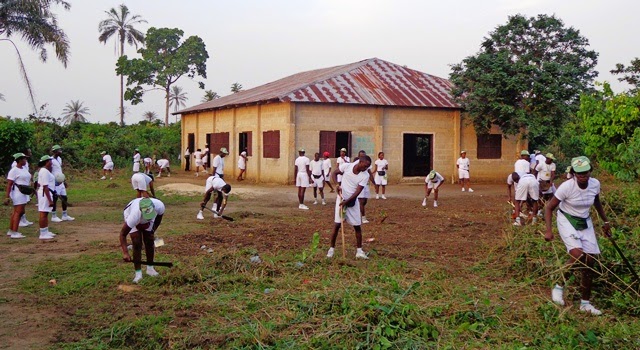 One thing I cherish from this set personally is the way I mingled with them. I related so well with them and it was quite mutual. I made very good friends with some of them; and even got to be more than just a friend with one (Ima mmi). We all worked together well and they responded spontaneously to our appeal for things to be done when there was need. This, I am sure, was the main reason the camping crew achieved success.

Out of camp, tension developed at some point; especially from those that stayed at the provisional accommodation we availed to them (the NACC family house). As an executive and the PRO of the association, a lot of times, I had to look beyond the closeness that already existed between us, so as not to compromise the standards and traditions of the association. My actions were misjudged (obviously) by many then, even though they were not inspired my personal opinion, but mostly the existing codes and conducts of the family house (…how would they have known?). I lost friends and still just had to act cool about it. Personally, this wasn't funny. 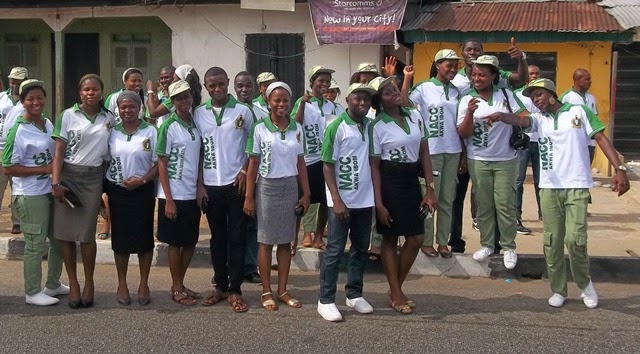 I admit I hurt some persons in this set, consciously and unconsciously, especially through some of the things I said when making announcement (as it was my duty), I ask that they forgive me if they get to read this. 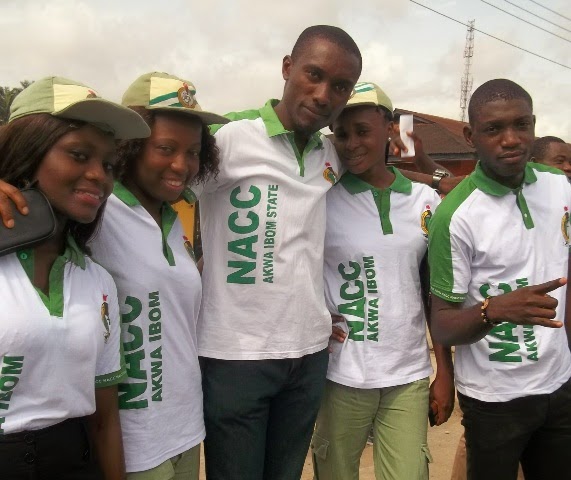 I won’t hurriedly forget that I was the president of the Guidance and Counseling - CDS group and also the Head of Corps member at my Place of Primary Assignment. I recall all the lovely people from this set I worked with: Daniel, Rose, Timinipre, Nazo, Dr. Temitayo and so on. You guys were great.

The new phase of life you will be part of from today comes with is own unique challenges. Do not take things lightly. stay focused and dogged, but in all, always carry God along and you will continue to find peace and fulfilment in life.
Things are not the same - life has just began.

I love you all, especially you - Ima mmi.
Posted by Unknown at 6:38 am

Email ThisBlogThis!Share to TwitterShare to FacebookShare to Pinterest
Labels: Batch A, NACC, Nysc