As the Spirit Leads

HI everyone, how are you doing?

This isn’t Ugo, I’ve kidnapped him and tied him somewhere and y’all have to pay ten million pounds as ransom. Anyway, I’m joking about the kidnap thing (before I get arrested for raising a false alarm) but I’m serious about not being Ugo.
My name is Adaeze and I’m taking over this blog for a few hours. When Ugo asked me to write a post for today, he didn’t give me any specifications or restrictions. 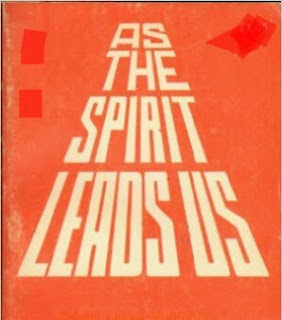 “Write as the spirit leads” he said.

We all know that our bodies are mere shells that house our spirit and soul - don’t worry, this will not be a metaphysical/spiritual discussion on the distinction between the spirit and the soul.

I believe that the affairs of this world are controlled by the spiritual rather than the physical and that most things we think of as physical are actually spirits. From envy to pride to anger, joy, greed, beauty and money, especially money.

There’s a story my mother told me when I was very young, her grandfather (my great-grandfather) had many wives and one of them was a very rich business woman. One day she lost some money and searched everywhere for it but couldn’t find it. Sometime later she found it at the head of her bed and she was so angry that she flogged the money with her broom. From that day, her business began to dwindle and she eventually was reduced to near poverty.

I know it sounds like a fable but let’s think about a few things now. A man spends three hours every night drinking with his friends and spends two thousand naira on beer and peppersoup. The next morning, he’ll tell his wife that he has only five hundred naira to give her for the upkeep of the entire family for one week. Is that normal? Hell no! he has given himself to the spirit of alcohol and he takes direction from the bottle.

Another man sees a pretty girl in his office and immediately begins to strategize on how to get her to his bed. After the first encounter, he can’t get enough of her and they begin an affair that will eventually destroy his twelve year old marriage. Again it is more than mere indiscipline and loss of self-control, it is about a person led by the spirit of lust and decides to ditch rational thought and decent values.

I could give more examples of people whose lives have been ruined by being influenced by the wrong spirits and thereby taking horrible decisions but we all know someone like that already. People have also been influenced by positive spirits too; Mother Theresa, Florence Nightingale, Nelson Mandela, Martin Luther King Jnr and so many others who have given so much for the advancement of humanity without hope of commensurate reward, couldn’t have done all that if they weren’t led by the spirits of love, kindness, justice and compassion.

I think it’s important to examine our motivations before we make decisions, ask yourself what spirit is leading you to do what you want to do. The bible concurs in I John 4:1
“Dear friends, do not believe every spirit but test the spirits to know whether they are from God”
The bible is so concerned/particular about what spirit leads us that in Rom 8:14, it says
“For those who are led by the spirit of God are the children of God”

Whether you’re a Christian, Muslim/Muslima, Amadioha worshiper, agnostic or atheist, it is important to know what spirit is leading you and how you intend to follow its leading. If the spirit is not one that agrees with your conscience and moral code, it’s better to say no and walk away. Find another path and pursue your goals.

As the spirit leads? What spirit?